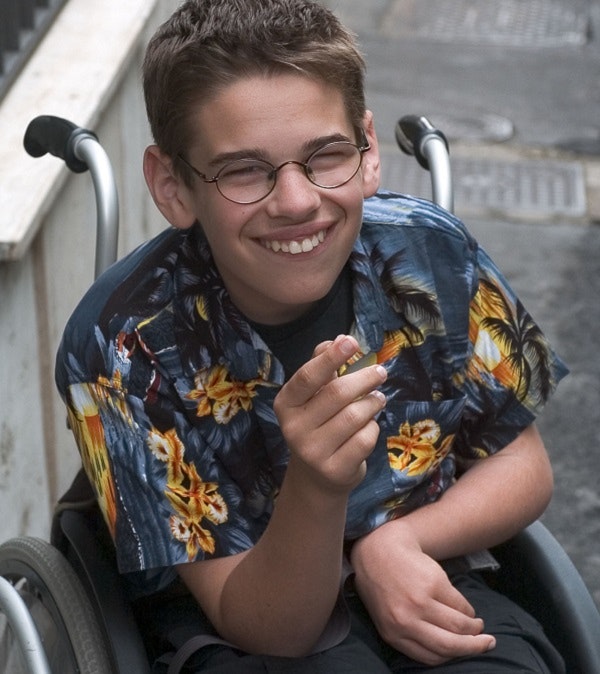 Daniel suffers from spastic quadriplegia (spastic tetraplegia) due to early childhood brain damage. All four limbs are affected. The muscles of his left hand are already severely shortened, but he can use his right hand well. He has severe bending contractures in his lower limbs. Daniel was able to walk with quad sticks. Due to his growth spurt at the start of puberty, and the resulting muscle shortening, he lost many of the skills he had learned previously. Daniel's mother said:

“Daniel received botulinum toxin injections in his thighs (at the back). To ensure success, we supplemented this treatment with an active physio programme, increased stretching, and the STIWELL® myofeedback device. We apply electrodes to the back and thighs to build up muscle strength, and we use myofeedback during various leg and arm movements to measure innervation. Visible success was already achieved within the first 6 weeks.

Daniel changed certain patterns of leg movement, which means that he no longer contracts his legs when exerting himself. He has become stronger, which is evident especially when he gets up (with support). He can now help more when assisted and can bear his own weight for a short time. His strength is most evident when riding a horse which is trotting. Previously, his back was hunched, his head jerked up and down, and his legs did not support the upward movement. His back is now much straighter, his head remains raised and under control, and he can push himself up using his legs.

We use myofeedback to train mainly abductors (stretching legs sideways), front thigh muscles (stretching knees), and the gluteal muscle (prone position, lifting leg at an angle), about three times a week. Improved control of the treated muscles was evident after only 2-3 weeks.” 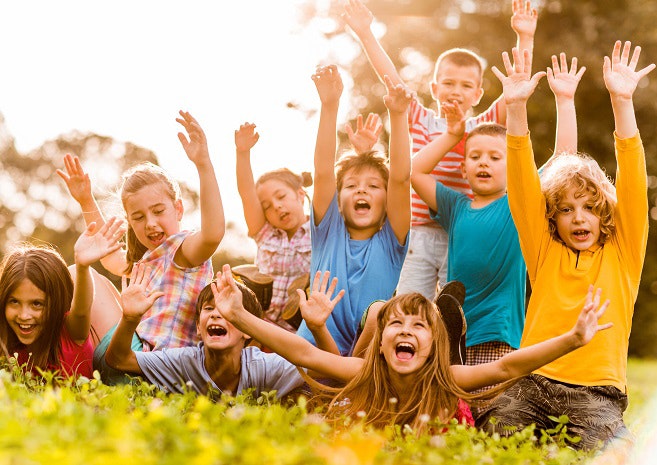 5-year-old Lena has a mild form of right-sided spastic cerebral palsy, which mainly affects her right arm. She was open to multi-channel electrical stimulation treatment of her right arm and hand from the outset.

“She was very interested in what was happening during her regular stimulation sessions (20-30 min. every 2-3 days over 2 months). After only a short time, we, her parents, had the impression that she no longer flexed her wrist to extend her fingers as much as at the beginning of the treatment. Her hand and arm movements appeared far more natural and controlled in general, and her entire arm seemed somewhat stronger.

She now uses her right hand more purposefully and actively when playing. Her upper arm muscles are now much firmer than before. She was also able to use the acquired functions in her kindergarten gymnastics classes, which provided an additional training effect. As a result, she also showed much more strength and stamina in the swimming pool when she was climbing the net above the water. She no longer needs to quickly catch up with her left hand as she attempts to hold on with her right hand. She can now climb while taking turns with both hands.”

Some of the patients performed the therapy using the previous model from STIWELL®.
Our user stories are real events and therapy reports of our patients. Since it is our concern to protect them, we sometimes used Stock-photos upon request.

Do you have any further questions?
Please contact us for more information.