Spasticity refers to increased muscle tension when the muscle is rapidly stretched. It occurs due to central damage (upper motor neuron), e.g. after a stroke.

What is spasticity and what treatment or therapy methods are available? Definition, forms, and causes at a glance ...

Information about our products can be found here

What is a spasticity?

Spasticity, also known as spasms, derives from the Greek word "spasmos" and means spasms. However, this does not mean a normal muscle spasm, but a pathological increase in muscle tension (spastic increase in tone). This means that the tone increases with rapid passive movements, and when the affected muscle is stretched. A passive movement means that the muscle is moved by another person, while the affected person relaxes the muscle. In most cases, spasticity affects the limbs, i.e. arms and legs.

Spasticity is a symptom, and not a disease. This means that it is the result of damage to the central nervous system (CNS). This damage may occur in the brain or spinal cord.

The damage stops signals that inhibit intrinsic muscle reflexes. If this inhibition is absent, after some time (weeks to months), the balance of signals between the muscles and the associated nerve in the spinal cord segment is damaged, which results in spasticity. The possible absence of signals from the damaged CNS may also cause muscle paralysis, which is why it is also referred to as spastic paralysis or spastic paresis.

The opposite of this is the flaccid paralysis that occurs due to damage to the peripheral nervous system (PNS). Here, the nerve is damaged between the spinal cord and the muscle, which causes a reduction in muscle mass, but not spasticity (paresis/plegia).

Spasticity is caused by a disorder of the upper motor neuron, i.e. damage to the brain or spinal cord. This damage can be caused by various diseases:

Depending on the form of spasticity, arms and/or legs may be affected. Walking aids can make everyday life easier.

Spasticity may manifest itself in different ways, depending on the location and the extent of the damage. If the brain or spinal cord is severely damaged, spasticity is more pronounced. If the damage is mild, so too is spasticity. Depending on the location of damage in the brain, one or more body regions are affected. This results in the following classification of spastic paralyses:

Progression/secondary damage of a spasticity

Spastic paralyses may have varying degrees of severity over time. Depending on how severe the spasticity is and how many limbs are affected, it may cause lightly impaired mobility or even a severe physical disability.

Limited leg mobility due to spasticity leads to difficulties when walking, among other things. The affected person may require walking aids such as crutches, a rollator, or sometimes even a wheelchair. Spastic arm pareses often cause limitations of gross motor skills, which affects independent daily living and self-care (dressing, washing, eating, drinking, etc.).

Spasticity affects not only the muscles, but also the bones, the joints and the connective tissue. This results in deformities and malalignment of joints over time. Pronounced spasticity limits mobility and thus often causes rigidity (contractures) and pain in the affected parts of the body.

First, the underlying disease, i.e. the disease that is the cause of spasticity, is diagnosed. This may require a clinical examination, laboratory diagnostics, or imaging techniques, such as MRI (magnetic resonance imaging).

The degree of spasticity is then evaluated by means of the relevant scales. The most common scales are the modified Ashworth scale and the (modified) Tardieu scale, the latter being the preferred method. The Tardieu scale tests the degree of spasticity based on the increase in muscle tone (tension) with fast passive movements compared to previous slow passive movements. The scale awards zero to four points, where zero means "no spasticity", and four indicates the presence of sustained clonus (twitching), which is caused by severe spasticity.

Functional electrical stimulation is used to increase mobility and muscle strength as well as to improve everyday activities.

Spasticity can be treated with specific medications that lower the muscle tone (baclofen, botulinum toxin, etc.) in the form of topical injections, pills, or a pump. Unfortunately, the cause of spasticity cannot be treated. In the best case scenario, the underlying disease can be treated. Other symptomatic treatment options include physiotherapy, occupational therapy, or targeted functional electrical stimulation.

The therapy focuses on reducing spasticity and the adaptive phenomena (rigidity, etc.). The objective is to counteract spasticity by stretching (under weight), connective tissue techniques, and/or strengthening exercises. Special customised splints, often in combination with Botox injections, are also extremely beneficial for many patients.

Functional electrical stimulation can be used as an independent therapy or in combination with exercises or botulinum toxin injections in order to reduce spasticity. The EMG-triggered multi-channel electrical stimulation is used to maintain or improve mobility, strengthen the antagonists (opponents of spastic muscles) and improve the functioning of the affected limb(s).

If you are interested in continuing education on functional electrical stimulation and wish for a STIWELL® training directly at your institute or online, please contact us

Find out how functional electrical stimulation with the STIWELL® can be applied to treat spasticity. 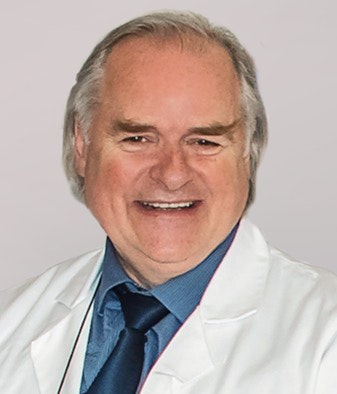